We asked our audio intern Matt to tell us about his time so far at RMV Productions. Here’s what he had to say…

Since I joined RMV as an audio intern about a month ago I have to say it’s been an amazing experience so far. To be able to start my career in this industry surrounded by high-level professionals has been a crazy opportunity. 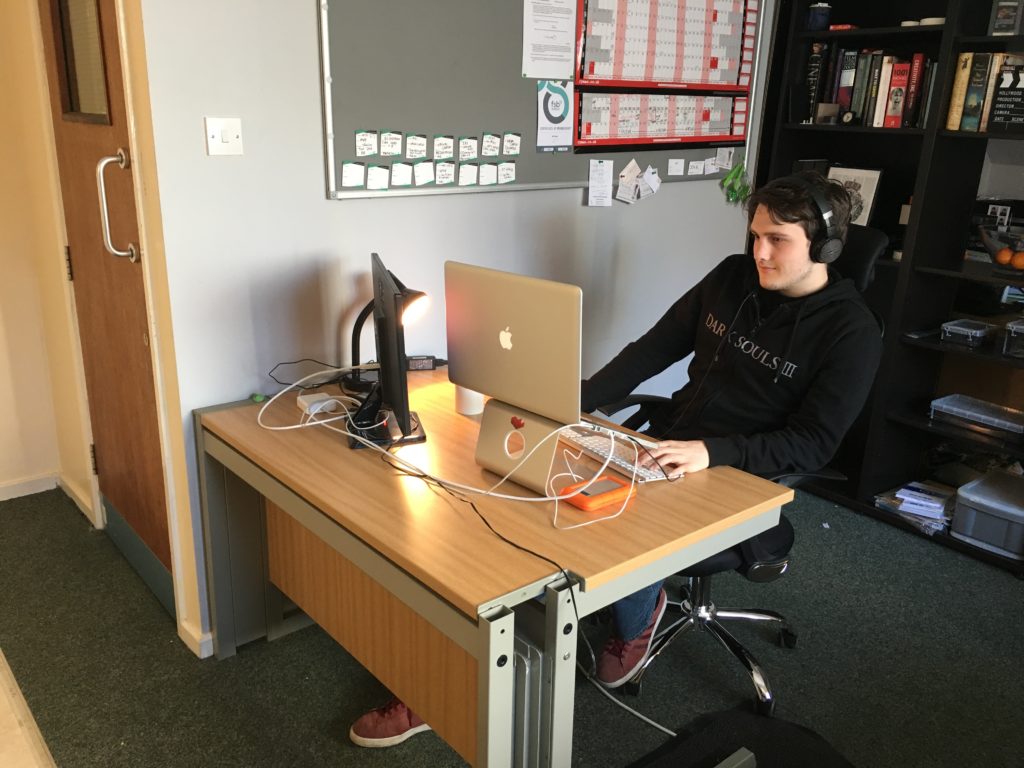 Being from a music technology background I have started learning the audio side of things in relation to video production. This plays to my strengths and means I can learn as efficiently and fast as possible. I started with simply learning the basics of Adobe Audition as I come from Logic Pro X. It took awhile to adjust to the way Audition works. Once I grasped the basics I moved on to the fine art of noise reduction; learning to balance the fine line of how to get rid of unwanted noise (such as wind, air con, rumbling and telephone rings) without creating digital artifacts. The multi-track aspect of Adobe Audition is very similar to other DAWs so navigating the software wasn’t much of a problem at all. I practiced on some old footage Pete had, that had horrendous audio with all sorts of nonsense going on in the background. I think I managed to remove this quite successfully. 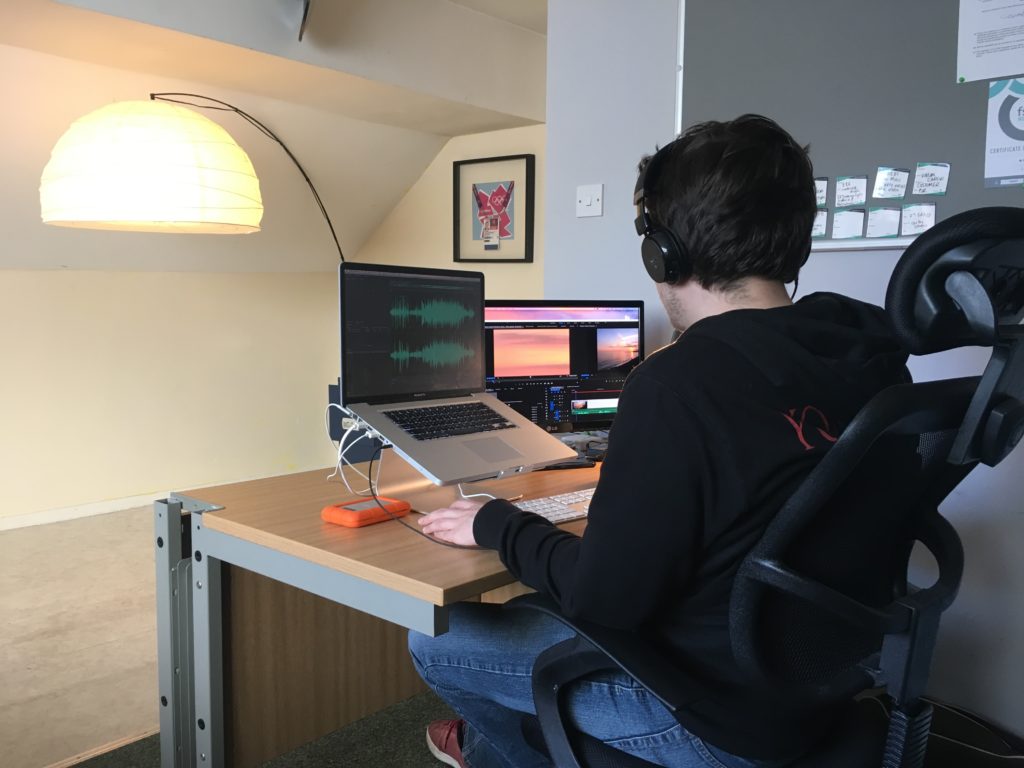 I also did some SFX work with a Greek tourism video RMV worked on some time ago. I was tasked with removing the music and finding some sound effects to sync up with the content of the video (for example timing a splash sound to match someone jumping into the pool). I found out quickly that the real challenge was sifting through hundreds and hundreds of sound effects to find ones that were fit for purpose, or close enough that I could manipulate them in Audition to match what was in my head. Many of the stock sound effects online were just too poorly recorded to use and even with some cleaning up were just not good enough. Eventually I found a selection that were high quality and synced them up to the visuals. I definitely think it added to the video to have some more tactile real world sounds, as opposed to some ambient piano music. And together they complimented each other well. 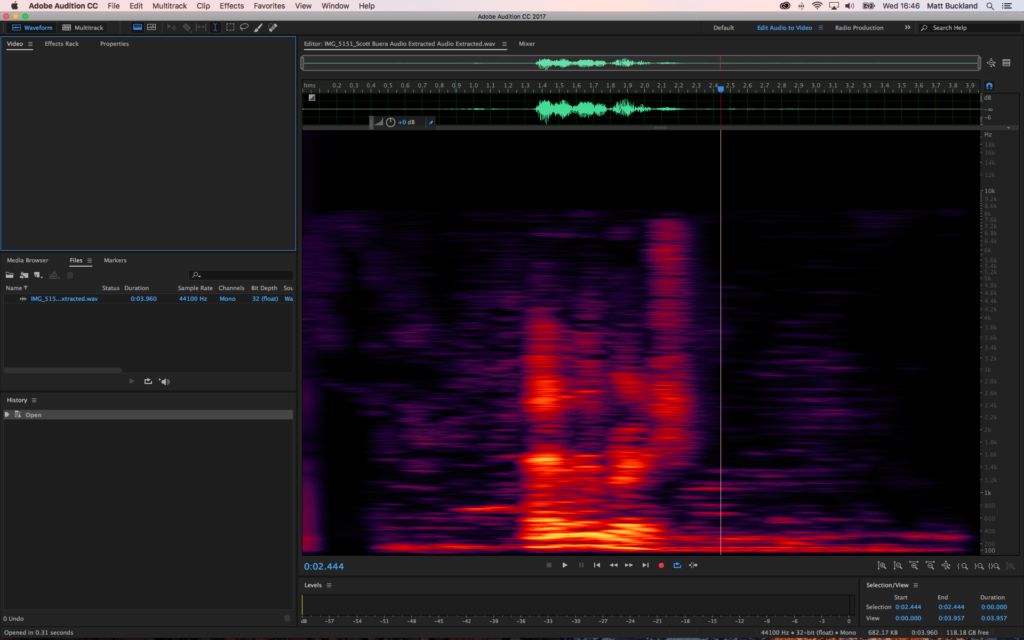 I have now begun to just delve into Adobe Premiere Pro and the world of video editing. I have a little bit of experience with Final Cut but only the very basics, so a chance to start fresh on a new platform was welcome. I was surprised at just how intuitive and easy to pick up Premiere Pro is. I quickly grasped the basics of cutting together a piece of film from the raw files, adding transitions, syncing up the audio and colour grading it to make everything really stand out.

I have been on two shoots so far. The first was filming a classical ensemble perform. This was great fun, despite a few challenges to do with the setting and getting a good backdrop for the video. I think it really came together and thanks to our cameraman we got some great shots and the musicians pulled out the stops and performed admirably. 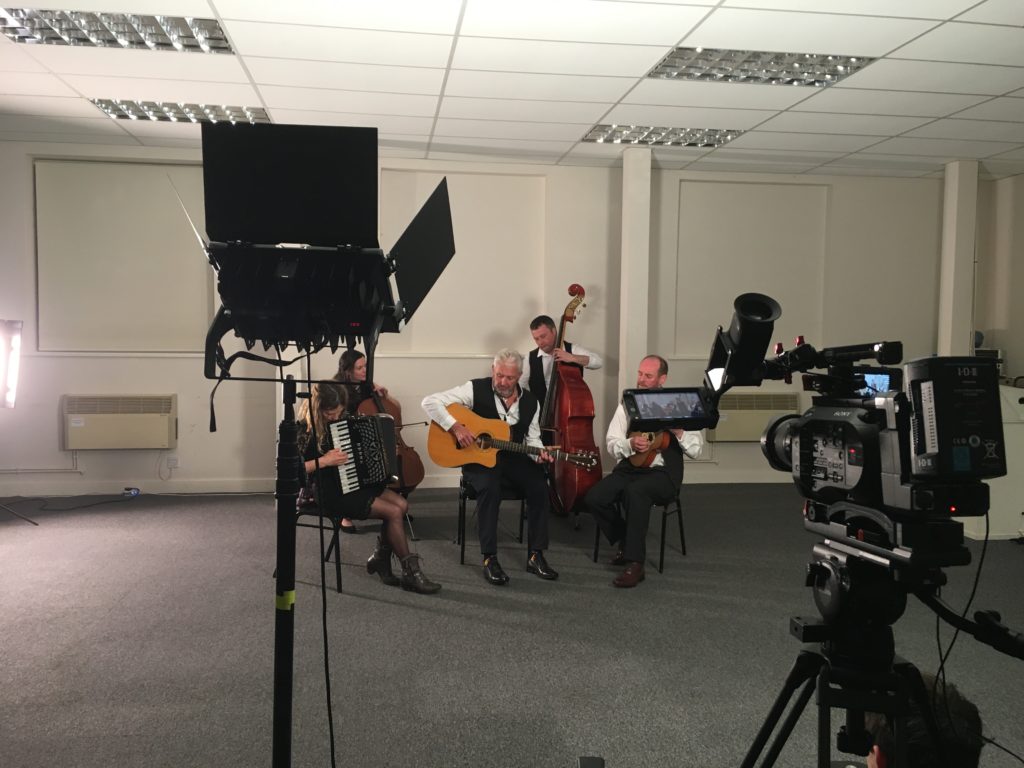 Despite being new to Premiere I was given the chance to edit together the 3 music videos we filmed that evening and thanks to the professionalism of everyone that night it came together really nicely and looked pretty slick. There were a few shots where the audio didn’t sync up to what the musicians were playing on screen, but being a musician myself I could identify these points more easily and edit around them to keep it looking coherent and professional. Then by adding just a touch of colour grading and a nice simple title screen Pete put together at the beginning of each video they came out looking awesome.

The second shoot was filming coverage of Horsham Pizza Italia event and interviewing key sponsors of the event. It was a long busy day running around Horsham town centre making sure we filmed everything going on. I did a lot of carrying of heavy tripods and operated the boom mic for interviews. It was fun to be part of the event and help film some cool footage for the council. 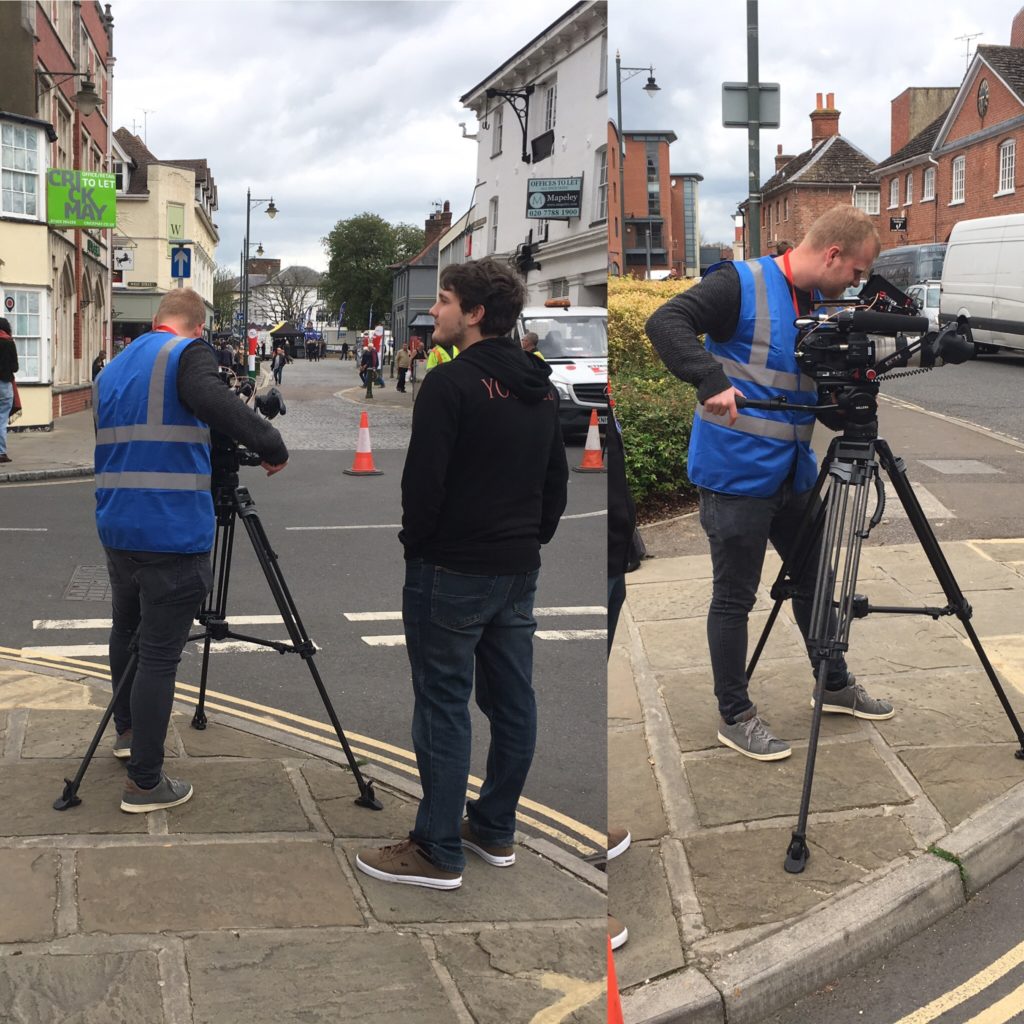 I’ve really enjoyed my time so far as an audio intern and look forward to going on more shoots in the near future. I’d like to increasing my hands on practical skill set with lighting and camera work and begin to expand my knowledge into other pieces of video software.